Death of a Bad Idea: Soliciting Gifts in Lieu of Cultivating Alumni 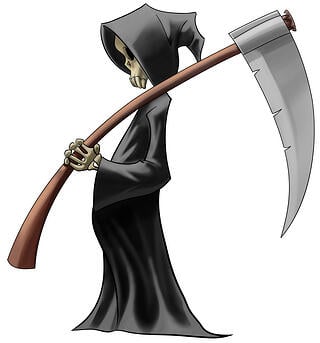 If your institution is soliciting alumni as a primary means of engagement, stop it.

About a 5 minute read

Communicating and engaging today’s alumni has become increasingly complex for alumni professionals. While email is still the most effective communication tool, most young alums dislike it, and use it only when they must. They prefer to communicate via text, Snapchat, Instagram, or whatever the latest app happens to be.

And when it comes to marketing to this segment of alumni, millennials are especially adept at using technology to hide from marketers and others who vie for their attention. Of all the marketing messages young alums want to avoid, your institution’s gift solicitation is likely to be high on their list

It’s not that they hate their alma mater, or that they have no money to give. I believe it’s because not enough has been done to cultivate and build the relationship. Unfortunately many institutions start their relationship with their young alumni by asking for a gift.

I’ve heard plenty of consultants and experts tout their studies and chide “you’re leaving money on the table if you don’t solicit alumni early and often.”

But is this really a long-term, sustainable approach?

According to Blackbaud, the facts don’t support this long-held notion. The majority of today’s young alumni who give in one year, won’t necessarily give in subsequent years. Their study indicates that millennials could benefit from some (or a lot) more cultivating before they receive their first solicitation.

Soliciting millennials before they are properly cultivated has resulted in many alumni asking to be listed as “do not solicit” and even “do not contact” on alumni rolls. While doing a mass solicitation can always shame some alumni into giving, the outcome of such interactions is not likely to elicit long-term engagement or positive feelings toward your institution. As one frustrated alumnus wrote:

“in the face of (writing) a monthly $210 check (for student loans), my getting asked for ‘anything you can give, even if its $10, $15...’ seems pathetic. That and the constant asking seems shameless.”

When alumni perceive that the only time they hear from you is when you’re seeking a donation, that perception cannot have a good, long-term outcome.

I liken the practice to a 15 year-old boy in high school. He’s on the football team, somewhat popular, and maybe a little over-confident. He’s got is eye on a shy, cute girl he’s seen in the hall, and he really wants to take her to the prom. They’ve only talked once or twice, and each day he passes her in the hall he can’t seem to muster the courage to strike up a conversation. As the prom approaches, the pressure mounts to ask her. Suddenly in a panic, he stops her in the hall and asks “would you like to go to the prom with me?” At which point she makes up a nervous excuse and politely declines. From that point on, their relationship is awkward and uncomfortable.

This is how many alumni feel when they are solicited… repeatedly… for a gift. Alumni wanted to be courted, fussed over, and wooed, before they get asked to give  Yet somehow, many institutions over-estimate their popularity among their alums, and instead of 1- offering alumni benefits of value; 2- engaging with relevant information, and; 3- cultivating a trust-based relationship… they go straight to the ask.

Isn’t it time we put an end to the practice of soliciting as a means of cultivation?

If you are ever going to engage this generation of young alumni over their lifetime, they must know that they are more than just part of the pool from which you extract a donation.

Alumni want relevant information (based on their life-stage), and alumni benefits that offer real value. Some alumni/development/advancement professionals say they can’t afford to cultivate and engage their alumni for too long, because of staffing issues, or the demand for revenue from administrators, etc.

Soliciting alumni before they have been properly engaged and cultivated, is an idea that is finally on its death bed. I vote for pulling the plug.